Today was hard as we were forced to say goodbye to Mack. Mack has always had some health issues, but in the past month or so he developed a cough and had fluid around his heart and lungs. The vet told us it was likely heart failure or lung cancer. Over the past 24 hours he declined extremely fast and we knew that it was time. We got Mack in 2012 as a 1 year old dog. He was the patient teacher for both Turbo and Rusty as puppies. Mack was a typical Golden Retriever: everyone was his friend, he was always happy to see you, and he left a trail of water across the kitchen after he drank out of the dog bowls.

The pictures don’t show how loyal Mack was to Alex, which is the hardest part of today. Alex was there with Mack (and Rob) when he passed. Mack slept in Alex’s room every night and Mack was Alex’s closest confidant. The two of them would take walks in the woods together because Mack had to give up running with me years ago. At just under 10 years old, we wished we had more years together, but I think that’s true of all good dogs. Heaven gained a very flappy angel dog today. 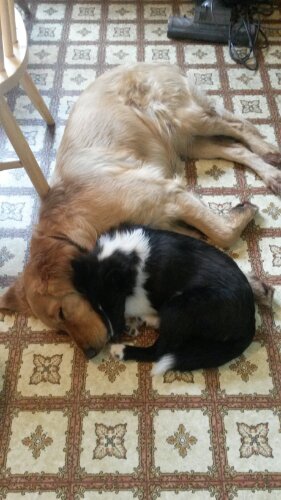 Turbo and Mack after spending the morning outside working on chores.

Introducing the newest member of the farm!  This little 3 month old boy sheltie joined us this evening. Names are currently being tested. In contention are Waldo (because I expect to say Where’s Waldo a lot), Turbo, Geyser, and Rocket. The plan is to train him for agility amd 4H showing.
Mack is very happy to have another dog around. 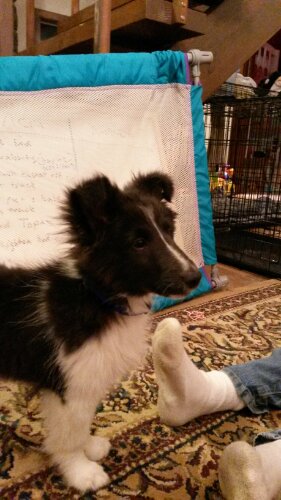 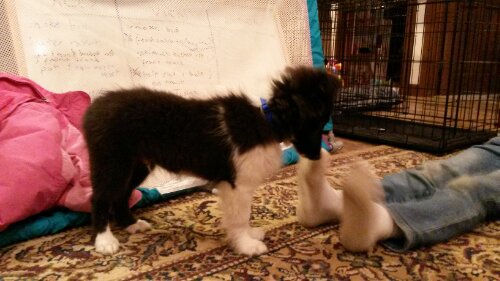 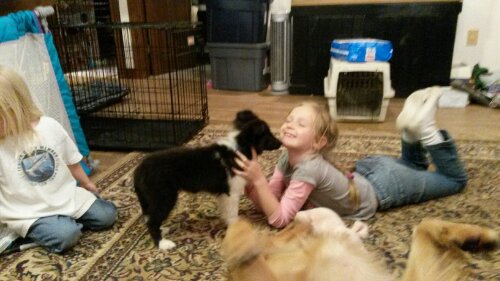 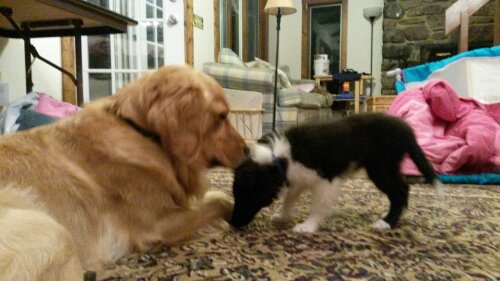 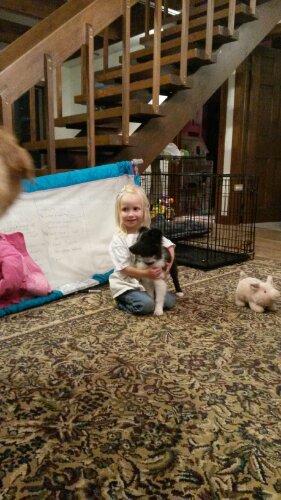 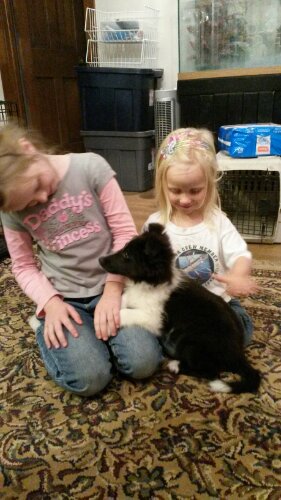 Mack loves to ride anywhere I am going in the truck. Today he was helping me cut firewood. 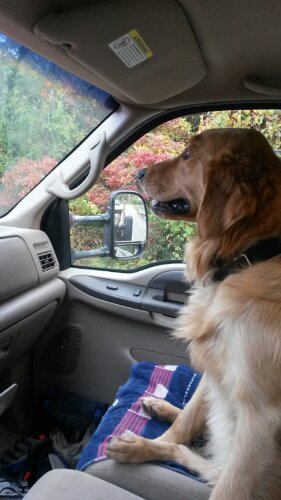 It has been quite a while since we updated about Mack. He had adjusted well to the new farm. We bought a remote training collar which has been effective at teaching him to stay with us outside. He no longer chases the chickens. And Alex has become quite fond of him. In fact, Alex wants to join the 4H group for dog training. 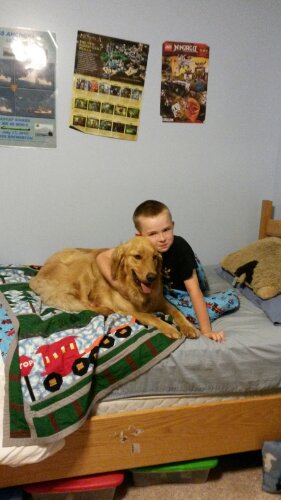 The dogs are getting much better with the kids. Now that Mack has Dillon to chew on, he spends less time wrestling the kids. It only takes about 7-8 hrs a day of outside running around time for the dogs to be calm inside. 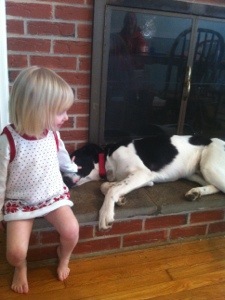 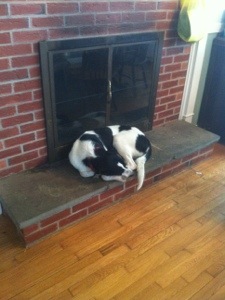 It has been a rainy day, and Mack loves it! He loves to find puddles to splash in and mud to roll in. The only good part is he is tired when he finally comes in. 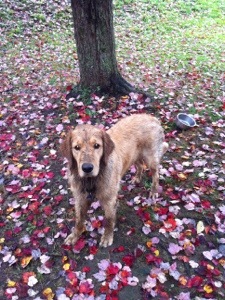 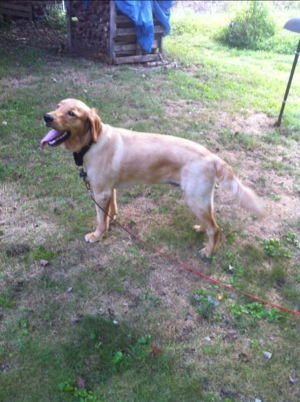 In the last 13 years, we have always had at least one dog. Anna and I had previously discussed our options for what breed we would get next. So, with the passing of Baron, our search began.
Last night we brought Mack home to join the family. Mack is a 1 year old, Golden Retriever. The family that owned him didn’t have enough time to match his activity needs.
Mack is already house trained, neutered, crate trained, knows some basic commands, and kid friendly. He is also a huge fan of fetching, which the kids love.
Welcome to the farm Mack! 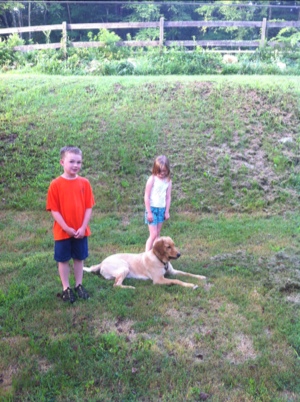 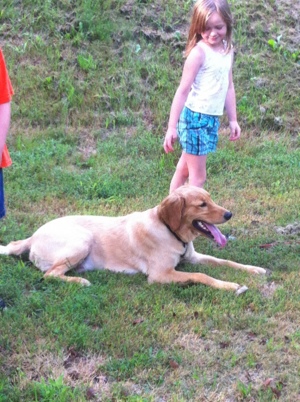