Tonight ended Alex’s adventures as a Cub Scout.  Pack 20 held their annual Blue and Gold Banquet and Alex, along with 6 other scouts, received his Arrow of Light award.  This is the last event he will attend with Pack 20, and on Monday, joins Troop 20 to continue in Boy Scouts.

This weekend, Alex and I have been camping with his Arrow of Light den and members of Troop 20 from Griswold. After we moved, I gave Alex the choice of finishing with his old den, moving to the local Pack, or dropping out of scouts. He chose to move to the new Pack so he would know more boys at school and when he continued into the Troop. So, we are camping at the Camporee this weekend.
Of note, we have a basic grey chuck box with us. It doesn’t stand out compared to many that are around other sites, but this one has a panther painted on the lid. My father, Alex’s grandfather, built that chuck box when he was in the panther patrol almost 50 years ago. And so, the tradition continues. Thanks Dad. 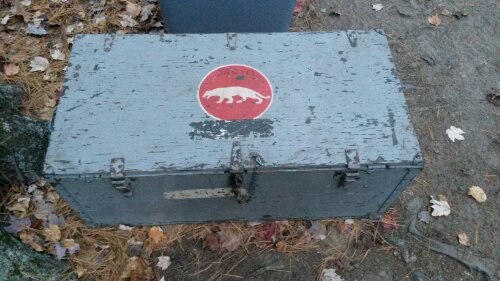 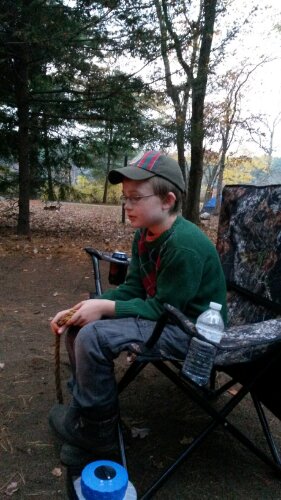 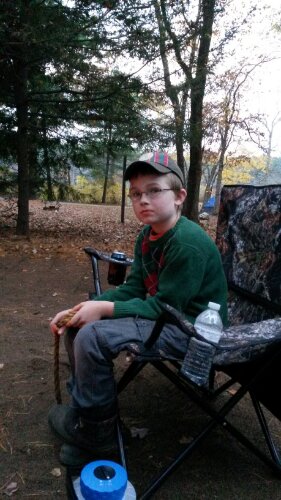